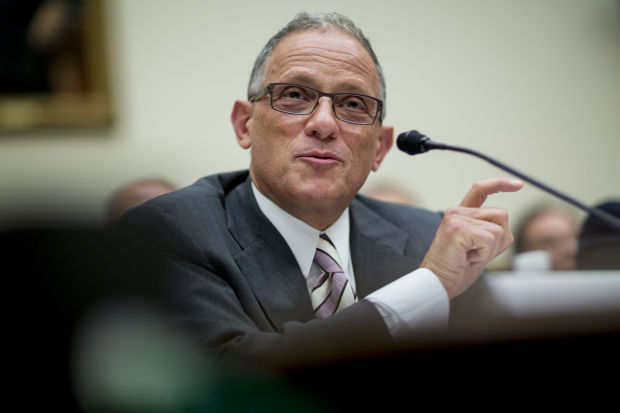 Missouri’s economy is recovering, but there is room for improvement. One way to boost recovery is to increase exports — overseas sales can make up the shortfall in local demand, putting foreign dollars to work creating jobs we need. Yet just when exports matter most, Congress is considering shutting down the government agency that finances many of these overseas sales, the Export-Import Bank.
While Sens. Roy Blunt and Claire McCaskill support the Export-Import Bank, as do most of our representatives in the House, too many of their colleagues see the Export-Import Bank as a partisan or ideological issue, not a practical policy question of how to create jobs. For those of us working on the front lines to grow exports and boost our economy, it’s deeply frustrating. We don’t expect Washington to solve all our problems, but it’d be nice if they didn’t actively try to make them worse.
The Export-Import Bank should not be controversial. It is no rogue agency or radical new policy. For the past 80 years, it has quietly gone about its business, boosting American exports by lending money or offering insurance or guarantees to overseas buyers of US goods and services. Since 2007, Export-Import has supported over $1 billion in Missouri exports, and roughly a fifth of state manufacturing jobs now depend on overseas demand. Nationally, the bank’s impact is even greater — it has supported over 1.2 million jobs and $218 billion in sales since 2009.

Bank critics offer a laundry list of complaints, but none hold up to scrutiny very well.
They argue the bank puts taxpayer dollars at risk, but in fact thanks to strict lending rules and careful oversight from Congress, Export-Import defaults on just two-tenths of a percent of its loans, far lower than most commercial banks. Instead of risking taxpayer funds, the bank actually multiplies them, generating a $2 billion profit on its operations over the last five years thanks to interest and fees paid by the companies that use its services. That’s money that goes straight into the US Treasury to help pay down our national debt.

Some tar the bank as “corporate welfare” and claim it invades the private market, but federal law forbids the bank from competing with commercial lenders. The bank steps in only where the private market cannot or will not operate. That’s not distorting or intruding in the market, it’s filling a gap the market has left behind — a quintessential and appropriate role for government.

The corporate welfare charge is even more absurd — last year almost 90 percent of the bank’s transactions involved small American businesses. Yes, large companies like GE, Caterpillar and Boeing finance sales through the bank (and the small businesses in their lengthy supply chains get more business as a result). But over 3,000 small businesses a year do so as well.

But if critics succeed in dismantling the bank, all those sales will simply go to overseas competitors — many of them receiving far greater export credit or other, more direct support from their home governments than American businesses have ever received from the Export-Import Bank. That won’t make export markets any stronger, and it certainly won’t help American businesses compete and create jobs. And even worse, it would all be for nothing — a deeply harmful “solution” to a problem that simply doesn’t exist.

The Export-Import Bank boosts our economy, creates jobs and costs taxpayers nothing. It must be renewed.